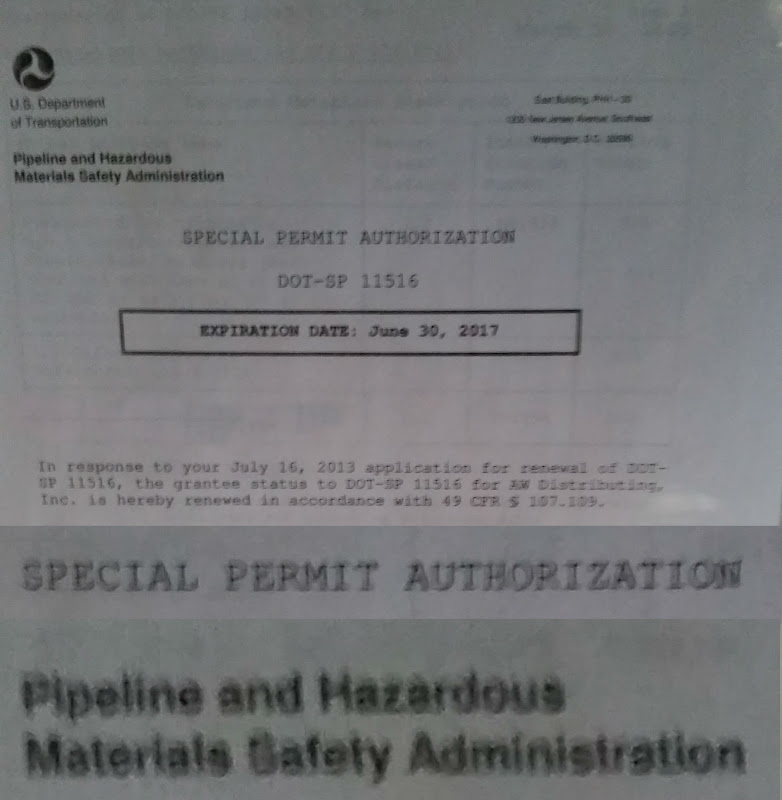 Something I noticed when I first bought this truck was that it had a special permit in it. A special permit issued by the "Pipeline and Hazardous Materials Safety Administration", authorizing it to carry…something? I'm not actually sure what this truck was used for prior to my purchase, some sort of commercial activity, and I know for a fact that it started it's life as a simple Budget truck. Call it stubbornness or naivety, but I'm not particularly interested in finding out what it actually was carrying. I've lived here a month with no adverse effects, and I've even noted my improved sleeping abilities. Who knows, maybe my ability to sleep is from toxic fumes knocking me out every night, or maybe one morning I'll wake up and all my hair has fallen out and I'll have developed some new, baffling form of respiratory cancer. That would be an interesting one to explain to a doctor. Best case scenario, the truck was carrying radioactive waste and my exposure is slowly giving me super powers. Worst case scenario, the truck was carrying radioactive waste and my exposure is slowly turning me into a character from The Hills Have Eyes.

Side note: I totally passed all three CDL knowledge tests (general, air brake, and passenger) on my second try! Just goes to show you that actually practicing and preparing for something can go along way, which I like to think is analogous to how the next four years of planning my travels will turn out.
#TruckProblems
Previous Post Next Post