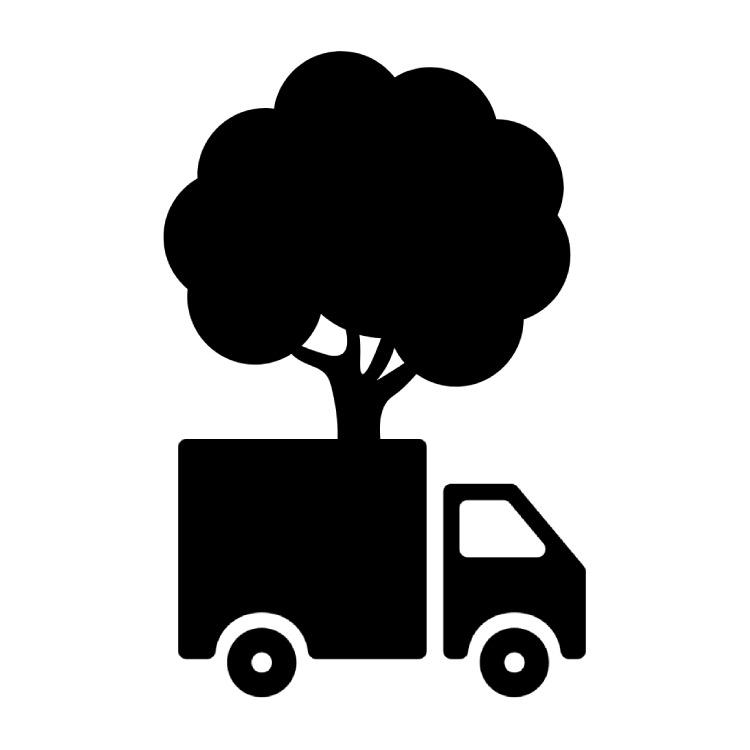 Being back in the truck wouldn't really be complete without some semi-inexplicable phenomenon causing me troubles (cough cough). And thankfully, the truck hasn't disappointed. I say this because I came back to the truck a few days ago to several large mounds of thick, sticky sap on the floor of the truck.

This would be odd under normal circumstances, but to make things further befuddling:

Certifiably odd. But years of strange truck happenstances mean that my first reaction was along the lines of "This needs to be gone now", instead of just general confusion. I've witnessed one too many ant et al infestations even without any food in the truck, I sure as hell wasn't going to sit around and find out if they find sap tasty or not.*

So I busted out the cleaning products and scrubbed, scraped, or otherwise scooped up the sap. Once that was done, I was ready to be confused and/or befuddled.

Okay, so I've got a rough idea of what actually happened here. For a while leading up to the incident, I was indeed parked under a tree. Usually, I'm a big fan of trees, the shade and CO2 sequestration and general ancestral predisposition toward them and whatnot. This tree however, not so much. It is a sappy, rude tree.** I don't believe that trees feel emotions in the same way that humans do, but if this tree could feel anything, I'd imagine it would feel nothing but unmitigated spite. It truly seems like this thing was purpose-built by nature to remove happiness from the world. As far as I can tell, this tree has two main hobbies:

I know I'm really hamming up the tree description here, but it'd be hard for me to overstate just how obnoxious the sap was. I'd hear it dropping at steady intervals, a substantive *thunk* on the thin metal roof. After a few days parked in the same spot, the sap was so thick on the sunroof that it no longer let light in. The potent combination of sap and pine needles made the truck absolutely filthy, and running the windshield wipers with torrents of washer fluid barely made a dent. I had to spray down the truck with a pressure washer to get most of it off. This whole sappy-mound-in-the-truck ordeal played out after I had already cleaned the truck. But anyway, here's what I think happened, in haiku form:

Basically, pine needles crept into the (usually waterproof) crevice between the sunroof glass and the liner, leaving a really small gap. One exceptionally hot day melted the sap on the roof (which I couldn't reach to clean off with the pressure washer) and it proceeded to seep through the gaps and plop onto the floor, where it cooled and solidified into a hateful mound.

And sure enough, when I took out the sunroof glass and swept a cloth around the crevice where the truck roof meets the sunroof bracket, it was full of pine needles. With that out of the way, a quick and preemptive Q & A.

A Quick and Preemptive Q&A

Why did you park there in the first place?

I didn't know what I was signing up for.

Why didn't you move the truck once you realized it was getting covered in sap?

Where are the pictures? I DEMAND PHYSICAL EVIDENCE

I took one photo afterwards if that counts: 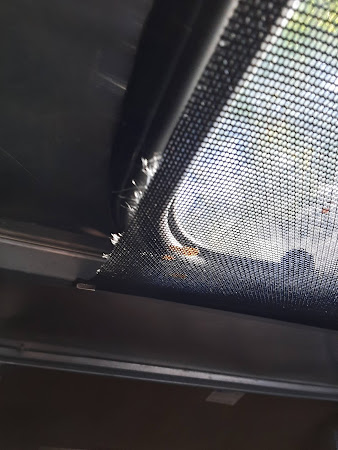 A corner of the screen where sap streamed through, one of the mounds was directly below it.

Of Trucks and Troubles

As always, the truck shows an infinite capacity to be problematic in new and exciting ways. This is as entertaining as it is annoying. Especially after the long and relatively problem-free hiatus, I don't mind being kept on my toes a bit. Plus, how else would I get fed fodder to fuel this feed? (Okay, okay, I'll stop now.)

*This is all a long-winded explanation for why I don't have any pictures of the mounds of sap. Years of truck blogging apparently still haven't instilled any instinct to take photos first and destroy evidence later.

**As you can probably imagine from the context, I'm talking about "sappy" as in "produces a lot of physical sap," as opposed to "enjoyed the movie The Notebook".