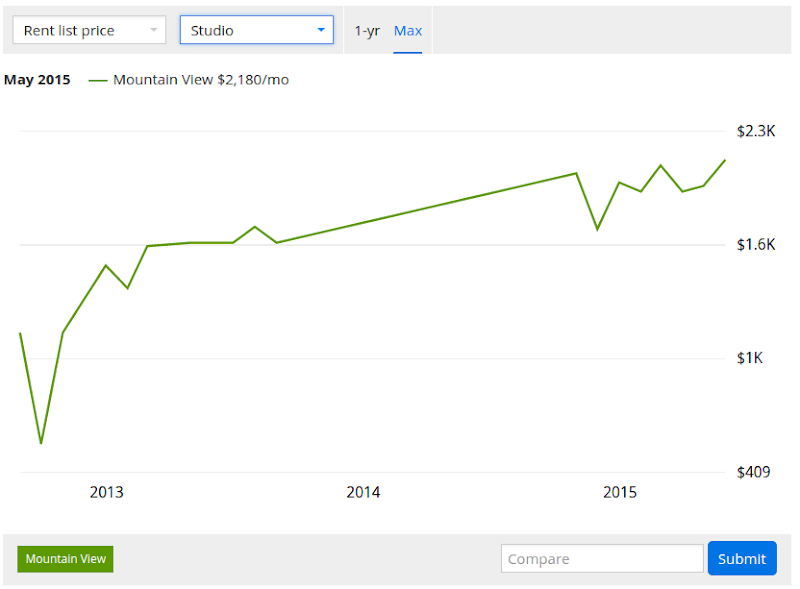 I was talking to someone, who we'll call Michael (because that's his name), about the truck life and this blog, and he said, "You know, it'd be cool if you had a place on the site where you could see how much money you've saved." Well Michael, I agree with you wholeheartedly, so starting today, there'll be a live-updating clock on the left side (or bottom on mobile) of the page that shows the amount of money I've saved by living in a truck. I've mentioned on numerous occasions that it's not entirely about the money, but regardless, it's an interesting metric to have. However, without an explanation as to how I arrived at that value, this whole thing would be pretty pointless. So here is my magic money formula.

The formula itself is pretty simple. I alluded to it in this post, but stated more explicitly, the formula is:

So I'm glossing over the units here, but "Time in Truck", "Cost of Rent", and "Truck Insurance" are all measured by the month, and the cost of the truck was the initial investment. Now let's plug some numbers in.

The "Time in Truck" is the total amount of time I've been living in a truck instead of paying rent somewhere. My first night in the truck was my first day of work, and would have been roughly when I moved into an apartment if that's the route I had gone. So "Time in Truck" is the number of months (as a decimal value) since May 26th, 2015. As of this writing, it's about 1.863 months, assuming 30-day months for simplicity.*

Since I didn't end up getting an actual apartment, it's impossible to know the actual amount I'd have paid in rent per month. However, I do know that I was looking for a studio apartment in the Mountain View area, and luckily there are more than enough services that can tell me, on average, how much that would cost me. Zillow is the premier service for buying, selling, and renting online. They have a pretty extensive database of housing prices, especially with respect to time. According to their site, as of May 2015, a studio apartment in Mountain View averages $2,180 a month. So that's what we'll use for our "Cost of Rent" value.

It turns out I'm not entirely off the hook for all monthly expenses. My sole monthly, truck-related expense is insurance, which costs me about $121 a month. In all likelihood, I'd still get a car and pay for insurance if I wasn't living in the truck, but to make my estimates conservative, we're not going to consider that.

I've mentioned before, but after haggling, fees, repairs, and taxes, the truck cost me almost exactly $10,000.

But wait, why is it negative?

At the time of this writing, my net "savings" are a little over −$6,100. It's negative right now because I spent more money buying the truck than I've saved on rent. But if you've been paying attention, you may have noticed that we can calculate the "break-even point", where Savings = $0. Using a tiny bit of math and a tiny bit of Wolfram Alpha, we can see that my break-even point will occur on Wednesday, October 21st, 2015 at 4:50 PM. I'll have to throw a party or something. I'll certainly make a post noting the clock is in the black.

*Yes, I'm well-aware that assuming a 30-day month will cause the calculated savings to drift further away from the actual savings as time goes on. I don't particularly care right now, maybe I'll use a more accurate measure in the future.
Site Stuff Money
Previous Post Next Post