Work and Play in Switzerland 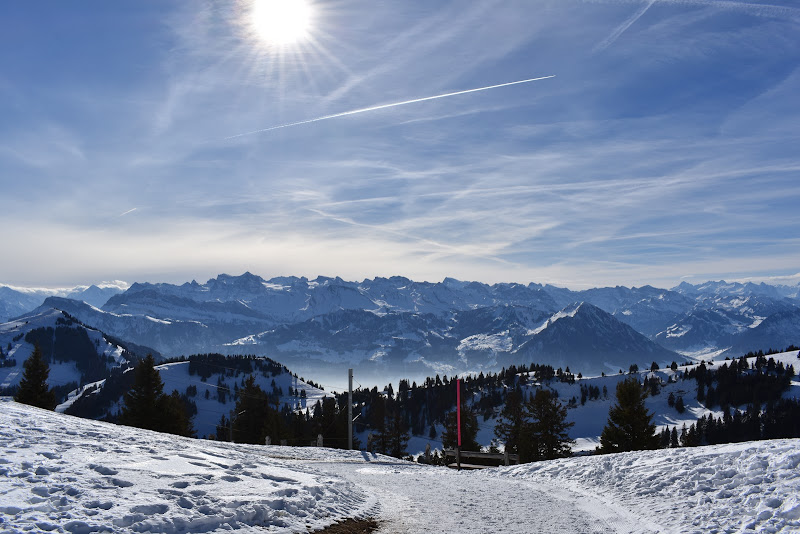 Source: Hiking and sledding on Mount Rigi with some co-workers. Probably the first picture I've ever taken and enjoyed looking at.

I'd previously mentioned that I had an upcoming work trip to Zürich, and in keeping with my usual blogging tardiness, that trip was two months ago. Actually, I (perhaps ironically) got back from India a few weeks ago, so expect that post in a few millennia. But anyway, let's talk about Switzerland: a country of cheese, chocolates, and armed neutrality*. 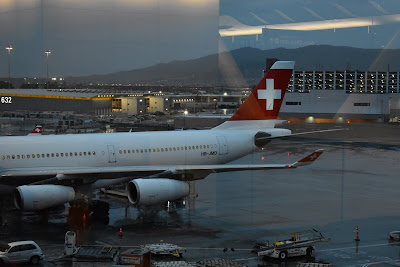 Waiting to leave SFO on a gloomy evening.

Leaving on a jet plane

As it turns out, Zürich is kinda far away. Like, 5,889.11 miles, give or take a few. Luckily, the Wright Brothers solved this problem a while ago, so off I went on a fancy, new-fangled flying machine in relative luxury. I've been consistently impressed with the quality of economy class on international flights (first Lufthansa, and now Swiss), they really put our domestic carriers to shame. Between the hot meals, warm cloths so you aren't bathing in your own face-grease the whole flight, and honest-to-God leg room, my mind is legitimately blown every time. Fun fact that I didn't know until recently: foreign airlines can't operate point-to-point routes within the US. Given that, it makes sense that domestic airlines aren't really trying that hard, they only have to compete with like two other equally awful carriers on most routes.

Moving on from my tangent: though the plane was a slightly more tubular metal container than I'm used to sleeping in, I slept soundly, in spite of the shape. A short 11 hours after takeoff,** I found myself in Zürich.

Being able to navigate in a foreign country is a useful skill, not only for Amazing Race contestants. Unfortunately, navigating public transit is also a skill I sorely lack, which is ironic because I used to drive public buses. But anyway, the trains (and the rest of public transportation in Switzerland) are really, really good. So good in fact, it can be a bit overwhelming for someone used to the US's decidedly mediocre public offerings. After a bit of jet-lagged, blank-eyed staring at a departure board for longer than I'd like to admit, I hopped on a train heading in the general direction I was going: Zürich HB, the main Zürich train station. 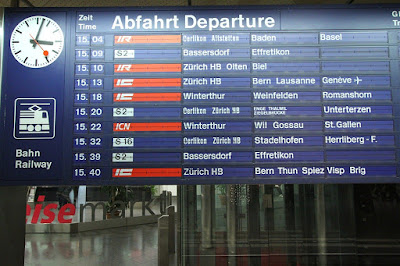 A rough depiction of what I found myself up against, from DC Rainmaker

The trains in Zürich are buttery smooth, like riding on velvety Swiss clouds. I never noticed how rocky train rides here are, but comparatively, it feels more like I'm riding a jackhammer when I Caltrain up to San Francisco. I'm being dramatic, but the trains in Switzerland are indeed modern marvels of engineering. As a testament to their coolness, a Zürich-based co-worker told me that if the trains are more than a few minutes late, people start Snapchat-ing and Tweet-ing pics of the late train, because they're usually so punctual. Not only are they timely, but they also go everywhere, including up mountains. We were able to get to the top of Mount Rigi with a few trains and five minutes of walking. Take notes, America.

Regrettably, I didn't have a lot of time to explore. I was, after all, on a work trip. Had that not been the case, I'd likely have started each morning at the main train station and picked a random train to dictate the plans for the day. I did at least attempt to do some exploring though. But words are boring, so instead of making you read about it, here are some pictures. 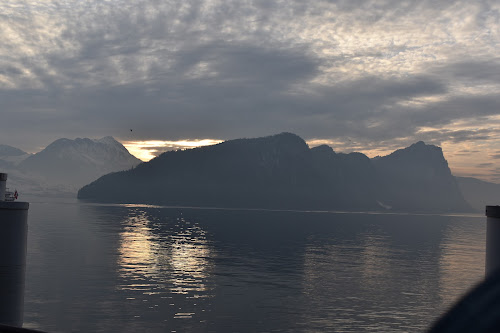 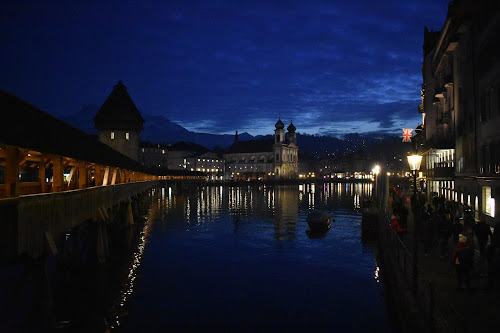 Lucerne (or Luzern, depending on who you're talking to) has a rich history that stretches back to the 8th century, and you can see a lot of that history in a lot of the architecture, which has been preserved or restored. It's also just a beautiful area. 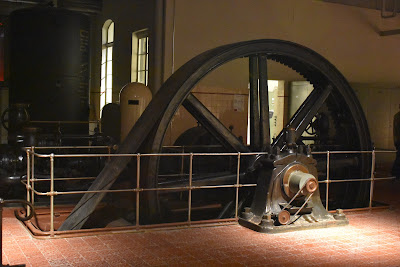 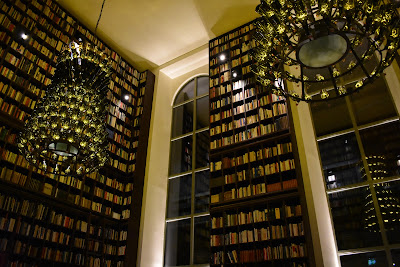 Some friends were staying in this cool brewery-turned-hotel-and-spa, which has an ornate library area and a bunch of the original brewery equipment. 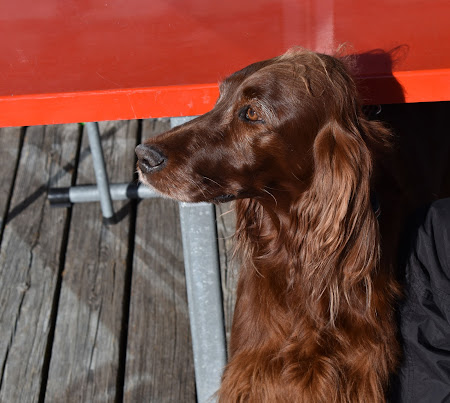 I have an infinitely-exploitable*** soft spot for cute animals. I found this majestic and sagacious creature at the top of Mount Rigi and had to stop for a pic (and some petting).

I was surprised to find that one of my favorite things about Switzerland was the weather. Silicon Valley has a watered-down version of seasons, and Zürich in the winter reminded me a lot of Boston. It was part nostalgia, part missing the sensation of crisp winter air, but in any case it was immensely enjoyable. I frequently found myself stepping outside, solely to take some slow, deep, refreshing breaths.

It probably shouldn't surprise me at this point, but everyone in Switzerland speaks some combination of German, French, Italian, and English, and usually at least three of those. It's at least in part because the EU is a giant cultural melting pot, but I was impressed no less. Interestingly enough, the Swiss dialect of German is incomprehensible to German speakers from Germany, though the written language is mostly the same. At least that's my understanding. In a vaguely-related train of thought, everyone being so multi-lingual and high-skilled means that even jobs that would usually be considered "entry-level" in the US pay really well. In fact, only 10% of jobs pay less than ~$50,000/year. As a result, service industry staples like restaurants are comparatively really expensive, because people are expensive.

While I (thankfully) didn't do any driving in Switzerland, I did spend quite a bit of time watching other people do it. To my untrained eyes, it looked pretty complicated. There were tons of signs and lanes, and the trains would lackadaisically wander back and forth between dedicated lanes and mixing in with the general population. Switzerland also seems to take joy in sprinkling random intersections with roundabouts. They still drive on the right side of the road though, so no added confusion there.

I forgot how much fun sledding is. I hadn't been since I was a wee lad, and even then I wasn't sledding down full-blown mountains. Rekindling the flames of my childhood, I raced down several sled trails at borderline reckless speeds, laughing hysterically throughout the entire chaotic decent. I definitely destroyed the tread on my boots in the process; stomping your feet is the only way to turn or slow down (unless you're willing to stop with your face). But I'd trade in the tread in an instant to do it again.

*I had the good fortune to sample at least two of those things during my short trip.

***If you have an adorable dog and need someone to watch and/or walk them, I'm wholly incapable of declining the request.