A Year Inside The Box 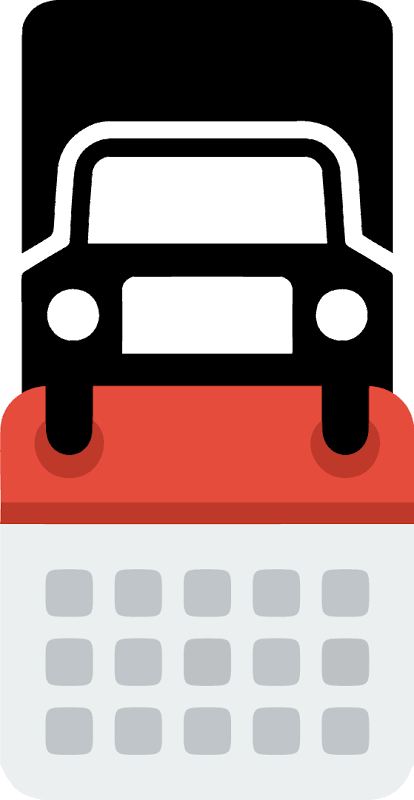 Source: Calendar from ClipArtix, truck still from Clker. Slapping them together done by me, a weak first attempt at using Adobe Illustrator.

Staying true to my well-documented inability to write timely posts, here's a post that I probably should have finished three months ago.

I wasn't always the truck-faring degenerate that I am now. Reading some of my earlier posts, I can vividly remember a (roughly four percent) younger, more hesitant Brandon, sitting in an airport terminal, running through the plan over and over in his head, making sure he didn't miss any important details. I'd picked out a class of vehicle, I'd picked out a place to get my private mailbox through, I'd scoped out parking locations. It was all there, I just had to go out and do it. I had some ideas about what truck-life would be like, but no experience to say whether or not my trepidation was justified.

It's hard to believe, at least for me, but I recently celebrated my one-year truckiversary. One whole year. Inside the box. Just a man and his moving truck. And somehow (even in spite of my last post), I managed to survive it without being arrested, abducted, robbed, murdered, or otherwise maimed in some bizarre truck-related incident. Not to say that the intervening year has been a quiet one. On the contrary, it's been pretty eventful. Between surviving my first night, a host of Home Improvement projects, planning the future, my eventual eviction, and all the pseudo-philosophizing along the way, I've been busy.

To celebrate the milestone, I thought it'd be interesting to go back to one of my first posts where I weighed out the pros and cons of adopting my truckly ways, and see how right (or wrong) I was. For your convenience, my dearest reader, I'll quote each pro/con from the original post here.

This one definitely held up. Whether it was paying off my student loans or utilizing tax-advantaged accounts, the truck definitely gave me some financial flexibility. What I didn't realize at the time was the different ways those savings would compound. Not only do I get to invest all of that redirected rent money, but I get to invest all the money I'm not spending on furniture, and utilities, and buying food just so my refrigerator doesn't get lonely. Sure, now I spend money on weird truck-improvement projects, but those are comparatively cheap and I usually end up learning something too.

This one was also spot on. Up until last year, I felt like my life had been pretty tame. I felt like I was following the prescribed course, the one laid out in front of me. You know the one: work hard in high school to get into a good college. Work hard in college to get a good job. Work hard at your job so you can fill your suburban home with stuff you don't need to impress people who don't care. Retire, then figure out what you want to do. I know, I've said all this before. It's true though. And it's also true, I was passively barreling down that exact path, right up to the "fill your suburban home with stuff" part. That's where it kinda lost its appeal for me.

I'm glad to say that the truck has definitely broadened my horizons. I can think of a handful of times where my justification for doing something crazy was, "Hell, I already live in a truck, why not?" Now that my comfort zone can be summed up as "anything that won't definitely kill me", I'm much more open to experiencing everything the world has to offer.

This actually isn't as big of a deal as a I thought it would be. Since I wake up so early, I wouldn't really deal with traffic even if I was living in an apartment a town or two away. That said, I'd like to think I'm saving resources by not having heating/cooling/electricity and minimizing my driving. I'm no Captain Planet, but it doesn't hurt to do your part.

This feels about right, though I might have been a little overly optimistic. I usually exercise 6-7 days a week, but my "strict daily regimen" isn't quite the army drill I made it out to be. I definitely snack a bit at work. I go out to the bar with my friends on occasion, and usually end up dragging myself to the gym an hour behind schedule the next day.

I guess there is a small sorta health-related downside I didn't consider though. I don't get sick very often, but when I do, it's tempting to blame the truck. If I have a sore throat, I'll catch myself thinking "maybe there isn't enough ventilation in the truck", or if I have a runny nose it's something like "maybe the truck is too dusty". I have no way to prove whether or not these things are true, but the fact of the matter is I still get sick less frequently than I did when I lived in an apartment, so even if the truck is occasionally striking down my immune system, it's not often enough to be an issue.

This one goes both ways. I was right, people definitely found out. But I was also wrong, too, because I thought it would affect my social life for the worse. Instead, I've been meeting up with like-minded mobile home enthusiasts and I'm more likely to take impromptu trips with friends. Speaking of friends though, mine have no problem filling lulls in conversation by talking about how I'm "the truck guy". And the response I get, without fail, is always, "Oh you're that guy?!"

This one ended up being a bit overblown. I don't know if I have superhuman bladder muscles or what, but I've never found myself running to a bathroom at two in the morning or anything ridiculous like that. And as a consequence of my routine, I don't end up missing the lack of shower either, gyms have more than handled that one for me. As for refrigerators, the only reason I could possibly want one is to bring home leftovers after going out for dinner, but I'm a human garbage disposal and my plate is always licked spotless by the end of a meal, so that's a moot point.

The initial process was stressful, and reading this over I can feel my blood pressure rising at the thought of those early days. I don't worry about being caught anymore. For one, I found out that it is actually legal to sleep in your car where I live, as long as the car is legally parked. For two, I've been doing it so long that it doesn't really phase me anymore, which I talked about a bit in this post. Hell, just last weekend I hopped out of the back of the truck in the middle of the night because there were a bunch of kids sitting on my tailgate. They were talking about tagging up the side of my home and I wanted to let them know that I'm the only one who does any truck decorating. The look on their faces was totally priceless.

It's true, the cost of the truck would have cut my student loans in half if I had spent the money on that instead. However, it's more likely I'd have been using at least a few thousand dollars to pay for a security deposit and a few months rent when trying to land an apartment. At the time, it seemed like I was signing my life away for this box truck, but after a few paychecks it didn't matter anymore.

People have always been uncomfortably curious about this one, so I'm sure my continued silence will be disappointing to some. But as it is, my life is not an episode of Keeping Up with the Kardashians. And I can pretty confidently say that I don't want it to become one, either.

I've said before (and will say again now): I'm consistently surprised at how receptive people are to the lifestyle I've chosen. At the very least, very few people treat me like the trailer park-reject I thought I was going to be seen as. Because of how expensive it is to live out here, my housing situation comes up more often than not in casual conversation, even without any coaxing from me. It normally leads to some genuinely interesting conversations around goals and priorities.

Overall, I like to think the truck has changed me for the better. I'm certainly more cognizant of my tendencies to judge, of my work-life balance, and of what simplicity means to me. And looking back over my list, it's good to see I was more wrong about the "Cons" than anything else. I've spent a lot of time thinking about what I would change if I did it all again, and I usually don't come up with much. In fact, if I could go back in time and give my younger self advice, right when his plane had just landed in California, I'd really only have one thing to say: try a smaller truck.