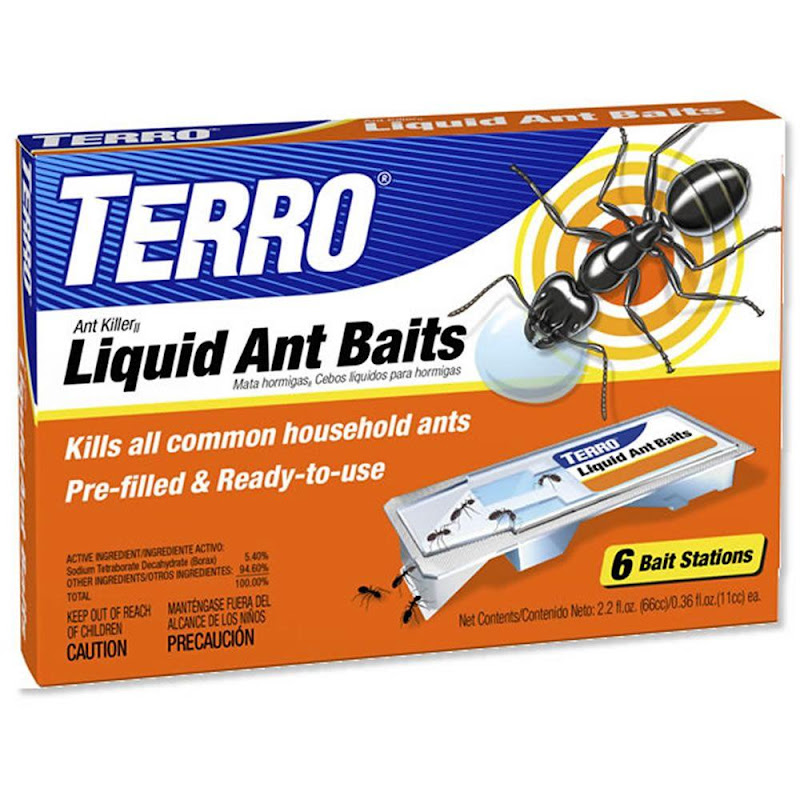 Source: My secret weapon in the War on Insects, courtesy of Home Depot

I'm not a fan of bugs. Generally speaking, unless you're an entomologist or earthy-crunchy type, you probably aren't either. I'm not terrified of them by any means, I'm not liable to stop what I'm doing if a bug decides to drop by and say hey, but I'm still likely to exterminate them all with extreme prejudice before going to sleep. After all, nobody is trying to eat spiders whilst slumbering. I'm happy to say that I haven't had any full-blown infestations recently, though it hasn't always been the case.

Before I recount in gritty detail the various hordes who've ravaged my home, I should note that the box makes a fantastic breeding ground for all of my nightmares. It's warm, dark, and humid during the day, and I keep the back gate slightly open at night for air circulation and temperature control, so it's even easily accessible for them. On top of that, despite not keeping any food in there, there are more than enough yummy goodies (from an insect's perspective) in the form of cloth, wood, and the various clumps of refuse hiding in cracks and crevices left behind by previous truckers. Basically, I'd been inadvertently building a 128 ft2 insect farm and microbiome from the start.

Moths were the first plague I encountered. I'm not sure what drew them in initially, but I started noticing them a few days after I "moved in". As it turns out, moths feed on fabric, particularly wool and silk, which I apparently have in my wardrobe (who would have thought). For about a week, it was a pretty common occurrence to have 3 or 4 flying around when I came back, and it really bothered me when they'd fly out of my gym bag at work, or I'd find them dead at the bottom of the dryer (I'm currently shuddering thinking about the latter two). I think the issue is mainly that my clothes (on a rack) are too easily accessible, clothes left in the attic of a normal home have similar issues. Anyway, I went on a pretty intense extermination spree, shaking out all my clothes and washing my entire wardrobe, and that seemed to do the trick. Now I periodically beat all my clothes with a broomstick, like a normal, well-adjusted human being. And when I'm packing the next-day's clothes into my gym bag, I always shake them out first to double check. I still have the odd run-in with moths, but now it's more like one per week, which is, in my opinion, very manageable.

If you had never seen a spider before, and nobody had explained to you that spiders existed, it'd be very reasonable to believe that they were straight up malicious alien lifeforms. They're hairy, have legs coming out radially all over the place, have crazy eyes, and they make these intricate webs exclusively for trapping (and subsequently eating alive) prey and pissing people off. They're weird and scary, and in the harsh lighting of my truck, they cast massive, nightmarish shadows, regardless of their actual size. On top of that, their presence normally means there are other pests for them to feed on, so their very existence spells trouble. For all these reasons, I have quite the preoccupation with keeping them away from me. I've never found more than one or two at a time, but I'm much more comfortable when there are zero of them. Controlling them normally means controlling whatever else has inhabited the box first, then killing all the leftover spiders by hunting them down one by one. Finding all their sneaky hiding spots can be tricky, but it's not that bad when your entire house is one room.

My ant infestation was by far the worst experience I had. Originally, I noticed a few small, translucent insects crawling over the wood securement I use to hold the bed in place. No big deal I thought, I'll just move the wood to near the door and brush them off outside with the broom. But when I moved the wood, I saw that there were a ton more of them, and it wasn't the wood that they were after. In fact, hordes of them were moving back and forth from a shadowed corner of the truck. This is essentially what nightmares are made of, an uncountable number of entities moving in the shadows. I immediately moved my bed to the other side of the truck, and hesitantly shined a flashlight into the shadowy corner. It was as awful as I could have imagined. I was greeted by an army of tiny, determined ants, pouring endlessly out of a small crack in the wall. I spent the next two hours sweeping them out of the truck, neurotically checking and scrubbing every corner of the truck. Once I felt I had it under control, I went to sleep, only to be haunted by wave after wave of insect-related nightmares. As you can imagine, the next day saw a hasty trip to none other than Home Depot.

The tricky thing about killing insects in the truck is that you can't outright spray them with chemicals or put mothballs everywhere: it's a small, enclosed, poorly-ventilated area, and spraying a pesticide cocktail in the place where I sleep is pretty much a guarantee that my kids will be born with the wrong number of eyes and limbs. Luckily, I found these perfectly-evil ant traps, which work by being delicious to ants, and then killing them after they've already fed the entire colony. I dropped one of those bad boys near the aforementioned crack of despair, and then didn't look at it for two days. When I went to check in, the transparent plastic container was filled with the stationary bodies of my enemies, which brought me a palpable sense of relief (and joy?). I threw that trap out, and put another one down. At present, that second trap has been down for three weeks, and I haven't seen a single ant in or around the truck since. Powerful stuff.