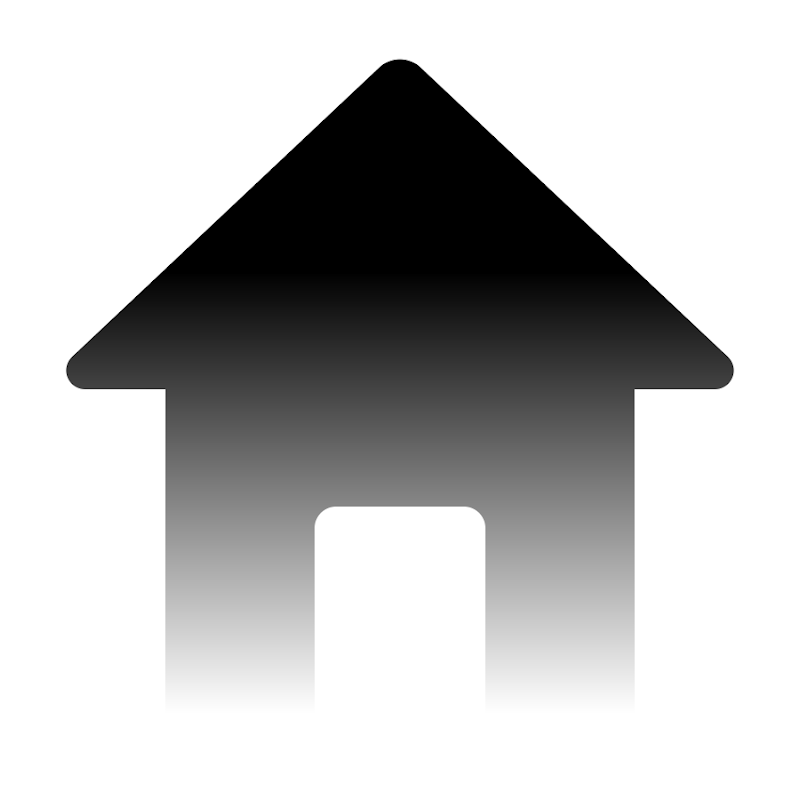 This is a story about my poor life choices and where they sometimes take me. It all started a few months ago. It's President's day weekend*, and I've got some grand plans, at least in relation to how quiet I usually like my weekends.

Friday night was catching up with some friends

Saturday was a holiday party (¿in February?)

Monday was supposed to be snowboarding, since I'm fortunate enough to have had work off (thank you Mr. Washington)

We made it until about Sunday evening before things went pear-shaped.

It's Saturday evening, about 6:45 PM. I've quite successfully nerd sniped myself, having spent the last 6 hours travelling down an infinite rabbit hole of configuring my servers.** I get dragged back to reality by my friend, who's texting me to say she's ready for the holiday party. Now, strictly speaking, I'm not late at this point, but I'd definitely lost track of time and was caught a bit off-guard.

I quickly head back to the truck to grab my suit and pack my bag, then head over to the gym for a quick shower. I make myself pretty, pick up my friend, and we head off to the holiday party. 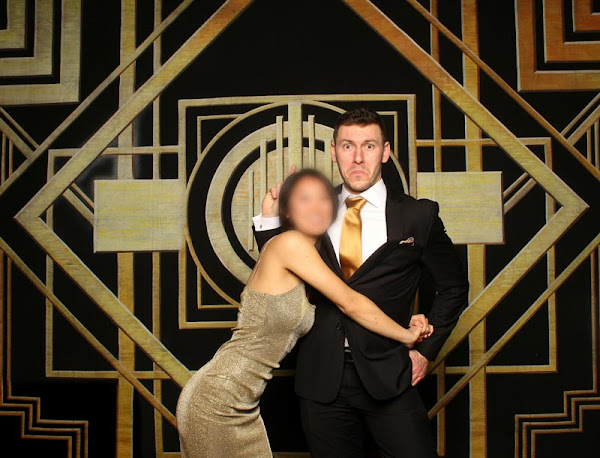 Looks like I can add "giving people bunny ears" to the list of things I'm not good at, alongside "snowboarding", "dancing like Beyonce", and "knowing where my truck is".Foreshadowing!

It's Sunday afternoon. The holiday party was a blast, my friend and I are in San Jose eating avocado toast and drinking overpriced lattes like the Hipster Millennial Trash™ we are. We finish our discussion on the merits of heated Vinyasa flow goat yogakidding, and check out the Tech Museum, conveniently across the street from our hotel.*** After a few hours of pure educational bliss, we say goodbye to the museum and San Jose.

The next item on my grand weekend agenda is snowboarding. A few months ago, I got a season-long snowboard rental, and I keep it in the truck (usually just leaned against the wall). I call my friends in SF and tell them that I'm going to grab my board and I'll head up after. I get back to my usual stomping grounds and…

The truck isn't there.

Searching for Answers…and my Truck

There's something uniquely strange (and strangely unique) about losing track of your home. I wouldn't describe it as bad, just a bit disorienting. I try not to take too much for granted, but I guess I've come to expect the truck to be, you know, where I left it. So I'll be honest, I wasn't prepared for the truck's disappearing act, even if I'm always joking about the truck burning down having a negligible impact on my day.

At first I thought I had done something wrong, even if I couldn't say exactly what. I did a lap around the block, as if the truck would suddenly and miraculously reappear once I rounded that last bend. Much to my chagrin, it didn't. Had I parked it somewhere else perhaps? On a few previous occasions, I'd gone on a bike ride and absent-mindedly returned to the wrong place, but even after racking my brain, I couldn't remember moving it before I had left.

At this point I assume it's been towed or stolen, but which, and why, and when, and how? I have the only set of keys and I always habitually lock the doors. Plus, the area I was parked in isn't known for auto thefts. Plus plus, I had seen it ~24 hours ago, so there's a fairly narrow window of time to consider. I conclude that it probably wasn't stolen, which I guess is a good thing. I put on my sleuthing hat and get to work.

The first thing I do is knock on the door of my nearest "neighbor", and explain I'm the guy with the decrepit white box truck, and ask if they might perhaps know where it is. They (quite helpfully) explain that it was towed earlier in the day (Sunday), and even recount their (much appreciated, but ultimately unsuccessful) attempt to convince the towing company that they probably have the wrong vehicle. They suggest I check in with the police department and find out what happened.

Cool, so the truck's been towed. At least that eliminates a whole swath of hilarious-but-probably-messy-and-annoying-to-deal-with truckjacking situations. I call the local police station, they look up my vehicle, give me a case number, and tell me that I can pick it up tomorrow morning, they open at 7 am.

My first thought was, "Damn, guess I can't go snowboarding."

My second thought was, "Damn, now I'm even more houseless than usual."

I call my friend and give them the bad news: my house has been towed away, which means I have no snowboard or gear. Worse, I have to go pick it up tomorrow morning, so I can't go to Tahoe. They suggest I come up to SF anyway to hang, and save on the cost of the hotel room I likely would have rented. I think this is a great idea, and I drive my car to SF.

Picking up the Pieces

After a night in SF chock full of gourmet garlic bread and Pitch Perfect 3, I head back to South Bay, ready to get my affairs back in order.

At this point, I'm down $655 and up one box truck. Speaking of the box truck, it has definitely seen better days: 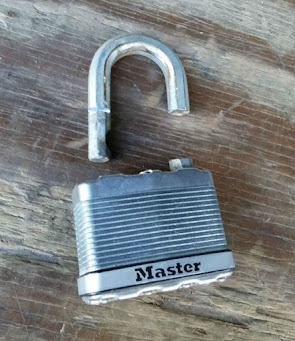 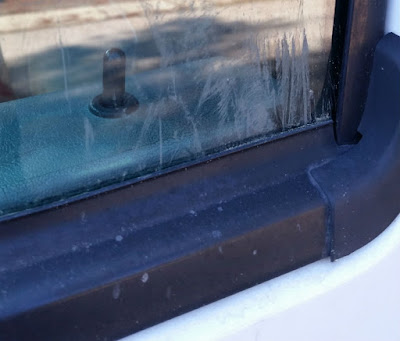 The lock on the back had been cut, and there were marks from the slim jim the towing company had used to get into the truck, but those (thankfully) wiped away.

The truck looked like a cyclone hit it, my mattress thoroughly divorced from my bed frame among other things. All in all, a confusing state of affairs. Why cut the lock and hack open the front door? Either one alone would have been just fine, thankyouverymuch. Let's see if the report from the towing company answers any questions: 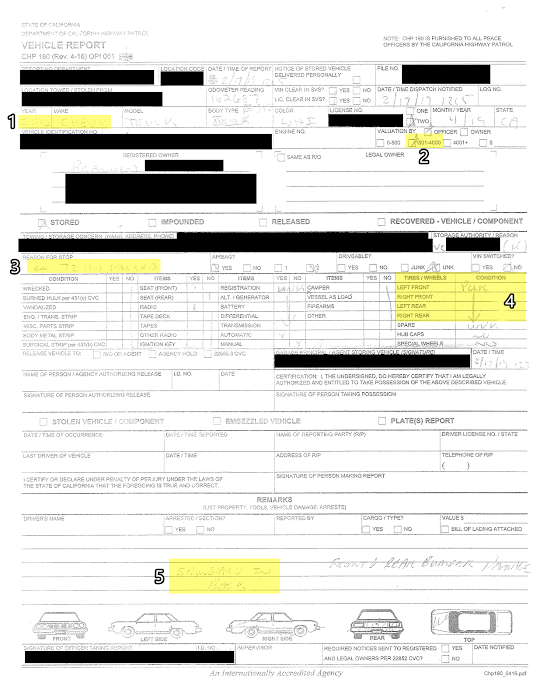 I can add 'scanning documents' to my list of things I'm not great at, but I'm pretty proud of my redacting work.

My first thought was that they mistakenly towed the wrong vehicle, given the year/make/model were wrong. I'm usually pretty good about driving the truck at regular intervals, mostly to charge the battery, help folks move, and generally make sure things are in working order. That said, I very well may have been parked there for 72 hours, I have no evidence one way or the other.

I got the full police report a few days later. It's covered in scary watermarks that indicate I shouldn't post it here, so I'll just grab a few entertaining excerpts:

There was a padlock on the back of the truck, which I attempted to saw through, but my department issued electric saw ran out of battery power to finish the cutting.

Well, that explains the padlock nonsense. They had cut the wrong side of the lock. If they had cut the other one first, they would have been able to open it before their battery died.

I'm flattered I can add some novelty to humdrum of routine police work. But this was also a misstep on my part. In my rush to get to the holiday party, I hadn't closed my new(ish) interior door, so they could see straight from the doorway into my living/bed room, so to speak. That's certainly cause for them to investigate further.

[Towing company] arrived to store the RV per [some regulation]. The tow driver unlocked the truck, where I entered to do an inventory check of the back. There was a bed, new snowboard and miscellanous (sic) items in the truck.

"Unlocked" is quite the euphemism here. Up until I read this report, I hadn't realized they had actually explored the back of the truck. Aside from the general icky feeling you get when other people rummage through your things, I was surprised they could, from a legal perspective, just go into the truck and look around. But I checked with a few legal-type folks, and the general consensus is that 4th amendment protections don't apply as strongly to vehicles, even if you happen to live in them. I've heard similar stories from friends who have had their RV doors pried open by police.

There are a lot of things that went right with my situation. The truck disappeared and reappeared within a day. The impact on my life was minor and short-lived. I stayed at a friend's house, paid a fee, and picked up a new lock. Hell, I had a great time tracking down and retrieving the truck, it was a mini-adventure for me. But all of this is only true because I have the resources to not care about it. After all, crimes where the only punishment is a fine are effectively legal for those who can afford it. As an absurd example, the cost of living here means that I could park somewhere convenient and illegal, and if the only punishment is a parking ticket, it'd still literally be cheaper for me to pay it every single day than renting anywhere in a 15 mile radius.

I've talked about how my story is only entertaining because I'm doing it for fun. The fact of the matter is that most people living in vehicles are doing it because they can't afford housing, or paying for housing would dramatically reduce the quality of life for them, and sometimes their families as well. What happens to someone in that situation when their vehicle gets unexpectedly towed?

They find themselves truly homeless. Not only that, they now have to come up with ~$650 just to get their home back. That's a scary situation to be in, and it's not obvious to me what they should even do at that point. In a world where 40% of Americans can't cover a $400 emergency expense, this isn't even just a hypothetical example, and people living in vehicles are already a particularly vulnerable population.

Playing devil's advocate for a second: you could argue that, if their vehicle is so important to them, they should make sure it doesn't get towed. But life happens, mistakes happen. And in my case, it's not even obvious to me that my vehicle had been parked the requisite 72 hours before being towed.

In any case, homelessness and affordable housing are hard problems, and there's no silver bullet solution to fixing them. I plan on dedicating a full post to discussing this at some point.

*Feb 15-18 for those who don't keep tabs on American holidays.

***If you've never been, the Tech Museum is insanely cool. Their exhibit on human anatomy is beautiful and nightmare-inducing, and their 'Living Colors' exhibit on growing multi-colored bacteria is as captivating to me as it is for the 10-year old children it was designed for.